What is Colloidal Silver?

Let’s start with the definition of a colloid:

According to Wikipediea, A colloid is a mixture in which one substance consisting of microscopically dispersed insoluble particles is suspended throughout another substance. True silver colloids are products that do not contain any other additives such as proteins and whose silver content is predominantly in the form of nano-meter sized silver particles.

How Does Colloidal Silver Work?

Silver Is Not An Immune System Booster Or Supporter. Silver Acts Within The Body As An Independent Form Of Immunity. With Sufficient Silver In One's System, Pathogens Can Be Eradicated Before The Body's Immune System Is Called Upon. Silver Is A Second Immunity, Independent Of The Body's Immune Response. Our Patent-Pending Production Process Places A Much Higher Electrical Charge On All Nano-Particles. All Other Brands Can Only Attack A Singular Pathogen Cell. The High Voltage Charge Allows Each Individual Silver Nano-Particle To Engage Multiple Invaders. Used Daily, It Is An Amazing Preventative Against Many Illnesses.

Silver’s Action On A Bacterial Cell. 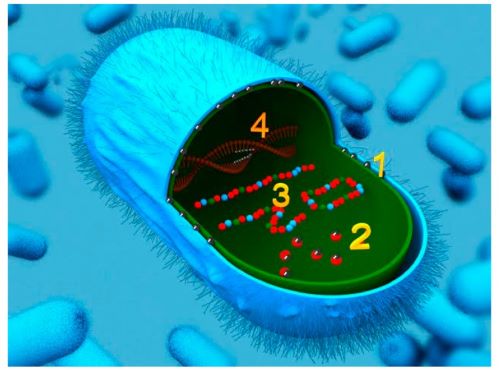 1. Silver Can Perforate The Peptidoglycan Cell Wall.
2. Silver Inhibits The Cell Respiration Cycle.
3. Metabolic Pathways Are Also Inhibited When In Contact With Silver.
4. Replication Cycle Of The Cell Is Disrupted By Silver Particles
via Interaction With DNA.